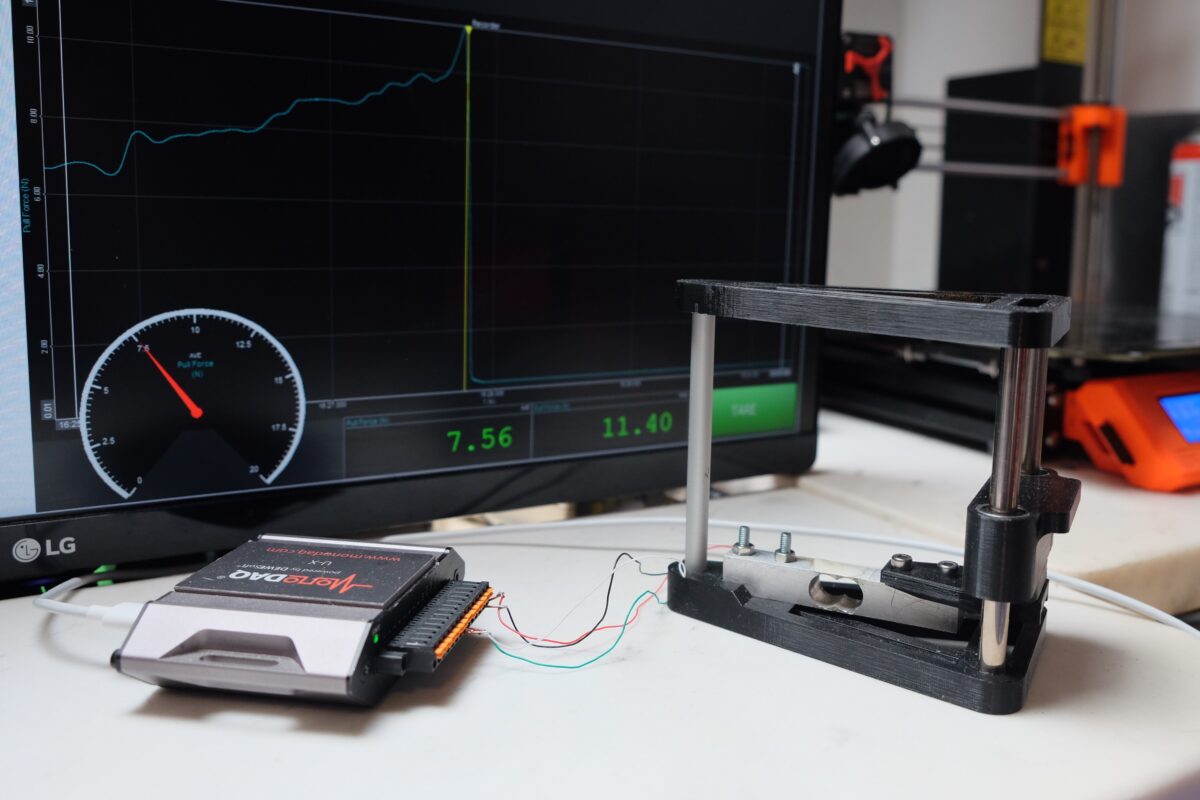 Inspired by receiving a batch of suspiciously weak “N52 grade” magnets one of our editors realized this would be a great opportunity to demonstrate MonoDAQ-U-X’s versatility as a measuring device by using it to measure the magnet pull force.

The objective was to accurately and repeatedly measure the maximum pulling force that needs to be applied for two magnets to be separated. The force will be measured using a load cell. One magnet will be attached to the end of a load cell. The other magnet needs to be pulled away in a perpendicular manner.

To achieve the objective a measuring rig was constructed. One side of the load cell is mounted to the base of the rig and to the opposite side a magnet in a holder is mounted. The other magnet is also placed in a holder but this one is attached to a slider that uses linear bearings to move freely on the steel rods in the vertical direction.

When everything is assembled the load cell is connected to the U-X. For detailed instruction on connecting load cells make sure to visit the manual.

The displays in X3 were configured to plot the force in real-time using the recorder widget. A digital display widget was set to display type “max” and the update rate set to 5 seconds. This configuration makes it easy to display the maximum force which was reached before the magnets were pulled apart.

A short demonstration of the setup can be seen in the video below.

If you want to make the configuration for yourself we have made all of the 3D printed files available for free. The configuration we used was for 12mm magnets but since the files are in step format it is easy to modify the magnet holders for other shapes and sizes of magnets.

Keep in mind that the center point of the magnets should remain in the same spot for all holder designs. This ensures a constant lever length and accurate force measurements. If the center point moves the load cell needs to be recalibrated

Besides the 3d parts the other materials needed to make the measurement rig are: